Our goal is to provide credible, scientific information and education to the cause, prevention and rehabilitation of baseball injuries, primarily arm injuries, as well clarify some of the myths and misconceptions surrounding these injuries. We will also aim to clarify the relationship between injuries and particular dysfunctions that can affect performance but not completely remove you from competition. The Baseball Health Network strives to be a complete resource for players, coaches, trainers, clinicians and parents on how to maximize baseball performance while reducing the likelihood of injury. 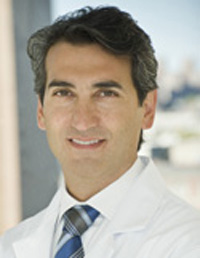 Christopher S. Ahmad, MD, specializes in shoulder instability and labral tears, rotator cuff pathology, ACL injuries, Tommy John surgery, and advanced arthroscopic surgical techniques for sports-related injuries of the knee, shoulder and elbow. He is the Head Team Physician for the New York Yankees and a member of the Major League Baseball Team Physicians Association. He is also Head Team Physician for the 17 varsity teams fielded by the City College of New York as well as for several high schools in Manhattan and New Jersey. In addition, Dr. Ahmad serves as a consultant to local metropolitan gymnastics and swim teams.A recipient of several awards for outstanding research in the field of Sports Medicine, Dr. Ahmad conducts ongoing research in the areas of biomechanics of the elbow, ACL injury prevention and screening, and surgical techniques for rotator cuff repair. 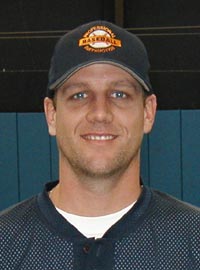 Steve Hayward grew up in Washington Township, NJ. and attended St Joseph’s Regional High School in Montvale where he played football and baseball. In his junior year he was voted most valuable player of the football state championship and the Bergen County Baseball Tournament. After high school, Steve accepted a full baseball scholarship to Seton Hall University and in 1992 he pitched for the Cape Cod League Champion Chatham A’s. In 1993, Steve was selected as a 1st Team All-Big East pitcher, 1st Team All-State Pitcher and was drafted by the Boston Red Sox. After pitching professionally for 5 seasons, he joined Professional Baseball Instruction and has been training youth, college and professional pitchers for over 15 years. Steve also coached baseball at St Joe’s HS for 13 years and was the head coach at Don Bosco Prep in Ramsey for 2 seasons. He is an expert on biomechanics and throwing arm injuries. Steve, along with current Yankees team physician Christopher Ahmad has lectured and educated doctors, physical therapists, athletic trainers and coaches on those very topics. Steve has been rehabilitating players from various throwing arm injuries and surgeries for the past 10 years.Steve is also an associate of the Mid-Atlantic regional scout for the Tampa Bay Rays. 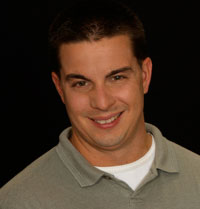 Eric D’Agati has spent the past 18 years in the fitness industry as a coach, trainer and instructor, pioneering his unique approach to client assessment, performance enhancement & injury prevention. Eric studied Exercise Physiology at William Paterson University and his list of certifications includes CHEK Practitioner, Poliquin Performance Coach, National Strength & Conditioning Association, National Academy of Sports Medicine, Functional Movement Screen, and SPARQ Trainer. Eric travels around the world speaking to trainers, coaches and therapists from such prestigious organizations as the US Armed Forces, NJAHPERD, NJSIAA, Nike Camps, Frank Glazier Clinics and the Mayo Clinic. Eric’s client list includes individuals who have been named Gatorade & NJ Players of the Year, All-Americans, National Champions and Pro-Bowl athletes. He also works with many high-level County, State, National & World Champion sports teams, including serving as a consultant to the New York Giants since 2007. 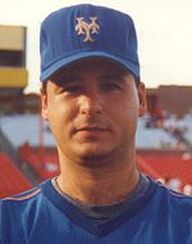 A veteran of 9 professional seasons, Doug participated in Major League spring training with both the New York Mets (1993) and the New York Yankees (1995). He pitched over 1,000 career innings as a professional with an ERA of 3.17. Originally selected by the Baltimore Orioles in the 3rd round of the 1986 Major League draft, he was the 97th player picked in the nation! Doug established a NY-Penn League record in 1986 by pitching 2 no-hitters, a record which still stands today. He was voted the NY-Penn League MVP in 1986. After being traded to the Montreal Expos in 1988, Doug made the 1988 Florida State League All-Star team. He was also chosen as the Topps Player of the Month for May 1988. His manager while playing for the Expos was Felipe Alou. Doug credits much of his coaching techniques to Felipe. After becoming a free agent in 1990, Doug signed with the Mets. He played as a player/coach in Double-A with the Mets until he was promoted to AAA Tidewater. He played in Tidewater for 2 seasons. Doug played college ball at Seton Hall where he was selected as New Jersey’s college MVP for 1984. He still holds the SHU pitching record for most strikeouts in a game (17 in 7 innings). Doug played high school baseball for Paramus where he was an All-League, All-County and All-State player. Doug also serves as fellow-Professional Baseball Instruction coach Jeff Remo’s pitching coach at Mahwah High School. He currently scouting for the Cincinnati Reds.