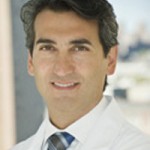 While commonly seen in pitchers, Little Leaguer’s Elbow and Shoulder can occur in any young baseball player. Typically, the players who suffer from these injuries are between 12-16 years old and are still growing. The inflammation is caused by the repetitive stress of overhead throwing. Improper throwing mechanics, muscle imbalances, and fatigue also play a role in the development of growth plate injuries. In the elbow, the pitching motion creates a pulling stress to the inside part of the elbow and is primarily resisted by the ulnar collateral ligament (UCL). The UCL is like a rope or shoelace that is firmly attached to bone and in a growing child, the exact attachment location includes a growth plate called the medial apophysis. This is also the location where the forearm muscles attach, which can add additional stress to the growth plate. In children, the growth plate and UCL are weaker than in an adult. The growth plate is the weak link in the chain in kids and can be injured with inflammation or can sustain a fracture. In some instances of Little Leaguer’s Elbow where players continue to play through the pain, the growth plate can become so damaged that the athlete may need surgery. Surgery entails a screw being inserted into the elbow to correct the injury. For players who are no longer growing, the more common injury is to the UCL, an injury that often requires Tommy John Surgery in order for the athlete to resume high-level competitive throwing.

Our recommended treatment for Little Leaguer’s Elbow or Shoulder is complete rest from baseball activities – including hitting – for a minimum of 6 weeks. We also prescribe physical therapy for the player to work on leg and core exercises in addition to their upper body regimen to enhance their kinetic chain that is developed while throwing. After the 6 weeks of rest, we repeat a clinical examination. If the player is pain free, we implement a gradual throwing program. The throwing program is designed to make sure the player builds back up their throwing strength before returning to full, unrestricted competition. Players typically return to full competition in around 3 months.

Regardless if a player is suffering from Little Leaguer’s Elbow or Little Leaguer’s Shoulder, they can still run and play other sports that do not involve overhead throwing while they’re shut down from baseball activities. Should a player not adhere to the prescribed rest, this injury can be cumulative – meaning if the player rushes back too soon then they’ll have to sit out for 12 weeks the second time they become injured, 24 weeks the third time and so on.

Players can avoid these injuries by making sure they get enough rest. When we say rest, we mean taking time off between pitching outings, and for position players, enough rest between games. These types of injuries are overuse in nature so making sure a player gets adequate rest is important. We also suggest players rest during the off-season as well. Studies have shown that players who do not rest for 3 months have a 3600% chance of injuring their throwing shoulder or elbow where surgery is recommended. Another good tip for injury prevention is to not play on multiple teams in a single season. Playing on multiple teams can lead to overuse, and lack of communication between coaches may put a player in a position where they may feel obligated to play through pain. Keeping a log or journal of how many innings and pitches the player has thrown is a good way to keep track of how a player is being used.

Dr. Christopher Ahmad is a founding member of the Baseball Health Network and is the head team physician for the New York Yankees.