By now you’ve probably heard about the high pitcher from Pennsylvania who just recently threw 164 pitches in a nine-inning, complete game. The Twitter-verse just about exploded. ESPN’s Keith Law was particularly irate.

Today in pitcher abuse: the @TVRAIDERS sent 18-yo starter AJ Alexy out for 9 innings and 164 pitches last night. Scouts there were appalled.

In an article for USA Today High School Sports, Cam Wilson noted, “In a nine-inning game, 164 pitches comes out to an average of more than 18 per inning, so even if the game hadn’t gone into extra frames, Alexy still would have been on the hook for 128 pitches in the regulation seven innings per that average.” 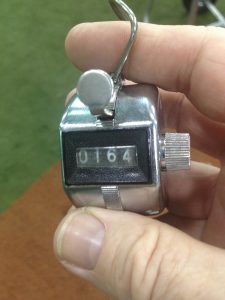 I don’t necessarily have a problem with the 7-inning, 128 pitches but – and this is a BIG but – only if he was conditioned to do so and it was an extremely rare occurrence. That means having the pitcher throwing progressively for a month and a half to 2 months prior to the season. That includes throwing several high intensity bullpens, up to 100 pitches in total. Those bullpen innings should have rest between each (approx. 5 minutes) and various pitch counts per inning to simulate a real game. I would also adjust his throwing routine over the next 10 days or so to give additional recovery time.

As far as the 164 pitches, that’s definitely excessive and irresponsible in my opinion. This kid may not get hurt this year but you can bet he did some significant damage that he will eventually pay for down the road. It’s our job as coaches to protect our players! Winning ANY one game should never be more important.